I’m Matt Ruby. I'm a New York City standup comedian and this is my comedy blog Sandpaper Suit. Here, I post 1) about the art of standup (how the comedy sausage gets made, if you will) and 2) funny stuff — jokes, videos, etc. You can email me at matt@mruby.com for bookings or anything else.


Here's a clip of me performing: 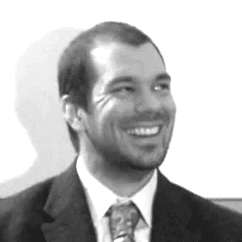 Mruby.com will tell you everything else about Matt Ruby that you ever wanted to know but were afraid to ask.
at January 01, 2009